A GUY FROM THE PAST

This was one experience that made me stronger after I got over the shock of what I got myself into. I think I would have put the story completely behind me until one day when I was having a discussion with my boss, she mentioned his name, and impulsively I said I know the guy that we used to date.

I later question if we really dated, if this wasn’t a question of been taking advantage of. I blamed myself for my part in allowing someone that I could read like a book take advantage of me. Despite the fact that I was barely 20, I had seen all there was to see in male gender deceiving the other sex, lying sweetly, singing praises of the ladies in their presence while condemning them as soon as they were out of sight! No thanks to my notorious cousins, nephews (older), brother and their friends that would talk excitedly without caution in front of me, thinking I don’t have a clue about men/women affairs. They would even send me to the ladies. There was a time I had to warn one of the ladies, I had taken to her and I didn’t like the fact that she was being cheated on after she gave all to that relationship. 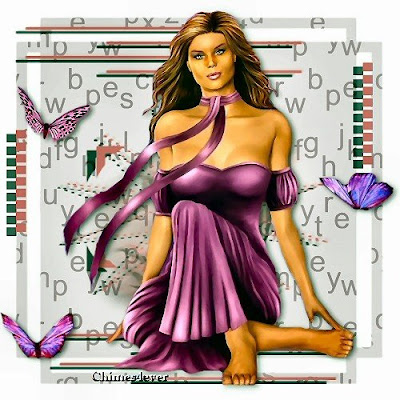 Trust me, I was extremely careful of falling prey to men but I still keep a lot of male friends. Well, after I left secondary school, I came to stay with a cousin of mine in . You could see the village beauty written all over me, I was inquisitive, curious, friendly, loud, stubborn, and observant. In the rented house of my cousin, there lived a guy in the boys’ quarters, a journalist (I even thought he was still in school when I met him).

I would greet him with respect and all as we do in Yoruba land especially to someone that is 8 years older than you are. That did not stop him from making advances at me. He would call me to an abandoned part of the house forcing himself on me and all that. I was able to put off his advances but I didn’t hate him.

I later met with a cousin of his Tunde who seemed much matured and responsible. We kicked it. He was much more interested in my school, he would discuss his project with me, he would invite me to the other guy’s room so we could just gist. Well, the cruel hand of death snatched him shortly after I entered the university. (May his soul rest in peace). But before he died, he told me that he had a bet with his cousin that I would one day be his. I laughed it off.

What now happened, the guy (It’s even unpleasant to mention his name so I will just keep calling him the guy), was still persistent and the naive me that thought knew all the tricks men played back then (cos I do now trust me) chose to be down with him. I was like for him to be this persistent, must be serious and I actually liked him a lot but I was being careful cos he looked and acted like a player and I was right!!! Tunde knew a lot about me cos he cared but the guy knew nothing all he wanted was… fill in the gap. I once left school and came to to see my folks and he asked me to check him up in his new place. Well one thing led to the other and the deed was done. End of story I was discarded like a well used rag.

I know a lot about him contrary to him knowing next to nothing about me cos we stayed among his family members back then. Well, years had passed, and I saw him one day last year, gave him my complimentary card and left. End of contact again until my boss mentioned his name. To cut a long story short, I met him recently at an event and he was at the centre of attention cos it was partly the event of his company. My boss and the guy had never met face to face but through some online project they partook in together. After the event we met up to greet him. I greeted the guy by calling his first name and guess what; he said hello ma or ma’am. I kept my cool cos I could not imagine he would pretend not to know me.

Anyways. I found him on facebook and his facebook message to me was even neutral like he never saw me a day before. And he went like “hello mrs… you are pretty much in shape after all these years (referring to my face book picture) and bla bla blah. In my reply to him, I asked why he pretended not to know me. I got know answer till now. Methinks, this hit and run guy feels since he has built a reputation for himself, he would rather pretend his past does not exist at all, perfect. People like me don’t bother either whether the past exists or not since the lessons learnt had made me stronger and better than the predator in my life affairs. I am not the one trying to live up to an image cos I have my image built while going through faces of life. I am smarter and will continue to laugh at evil that men like the guy do… and would like to undo ah aha ahaha ahahahahahahahah.

Are you bored already reading this gist? Okay. I am ending it; I am no prolific writer (lol)
Posted by The Activist at 12:04 PM

Hi deariee, you have been tagged or is it will be by friday.

10ks 4 stopping by my space will be back to read this post.

bored ke, abeg lets know what happens in a few years time.
Fashi the guy sha, n don't let him pour sand sand in ur garri.
With God nothing shall b impossible.

@ Oluwadee:okay, I will be tagged, then I can do the proper 6 quirk things about me. It will worth my while.

I don fashy the guy o. Is just that it pays to let things out. My boss and my husband will soon read this my new post (lol). I have nothing to fear cos I am not pretentious and he even knows all (a lot if not all) of my escapades. I just hope mi-boss will not feel uncomfortable with this.

The evil that men do live after them...

Was shocked when a guy accused me of making him a hit and run case...guess its vice versa...

LOL..I've heard this story b4.
Remember you told it to me while we were still on campus?

Anyway, I think u shud stop worrying abt the dude. he might have changed over a new leaf (if he was bad in the past)

And concerning that question u asked...you're tempting me to do an entry on u way back in IFe oh!

@Afrobabe: did you actually do hit and run on the guy?

@Afronut: u wanna do a story about us back on campus? Go ahead but I am sure it was not comparable to this hit and run case. If the guy is not hiding something, why would he pretend not to know me?

LG, you know at times, it is good to get stuff out of one's head and avoid cabbage resting there hence

so i guess i have to read this too and might have a vague idea who it is you are talking about and what do i say....that is the way of life ,if i do say so and i do say so.talk more about this in me and you cossy time

he took advantage of you and years later can't even be a man about what he did, I'm so pissed for you.

@Blazingdaola, me think I shd reveal your identity. Well, this is my lovely hubby commenting on me blog.

The animal's name should be skunk!!
I dont mind a guy playing or anything. If i get in trouble i accept responsibility because no one will mess you up without your permision but to deny?

That is the action of an idiot. Even a child wont do that.
He certainly has not matured and i dont think you should even be aquaintances cause next thing is him apologizing hoping to get you again.

"Are you bored already reading this gist?..." Yeah right, only that anyone who got bored wouldn't have got this far....
One word, captivating.

Acknowledging (or not) the past is not so much as important as "the lessons learnt had made me stronger and better...".

@ Rethots... I am rethinking, you are right nobody that got to that "are you bored..." part couldnt have been bored at all (lol)

And I agree with the last part