CASE IN POINT: TUFACE
The Multiple award winning musicians, Innocent ‘Tuface’ Idibia, has put not less than 4 women in family way out of wedlock. His children will soon be 6 or 7 before the end of this year (Read the complete story by clicking link).
On my way home from work just this evening, we had a hot argument on this issue and I was taken aback that a lot of men supported his attitude. Some even said he was blameless. 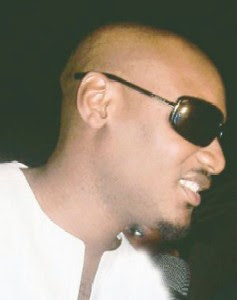 Below are some of the points I took with me. I want you take!!!
Almost all the men in the bus were of the opinion and the conviction that:
1. Tuface is a star and that women throw themselves at him. My Question: So what happened to play safe advert in featured in? Is he practicing what he preaches? Is he a responsible human being?
2. Some said the women trapped him. Really?
3. They said the women have the agenda to get pregnant for a star. My question: what is Tuface’s agenda?
4. Another guy said to Tuface is a man now. Excuse me someone, are men animals, irresponsible and foolish?
5. Another school of thought said we know about this what of the people that are not stars. My own take, is it not the responsibility of a star to at least be a role model to the people as a matter of fact be an ambassador?
6. Tuface is human, he is liable to make mistake. How many times o? Are the women too not human?
7. How are we sure is the father of the kids? One person said. Did he not sleep with them? Did he not impregnate two of the women twice?


Click here to read the complete story on PM News
The argument went on and on and on with the men blaming the pregnancy on the women involved and shying away from Tuface’s lack of restrain and arrant irresponsibly. What is this world turning into?
The men practically expected the women to be upright and the men to display their wild oat as my friend Abbie would say. Say something my dear bloggers.
Posted by The Activist at 8:14 PM 11 comments:

Olatokunbo was a Nigerian movie I once watched. It was a story of a married woman who got the opportunity to study abroad and improve her career. She already had a kid for the husband and as at the point of her progress her husband just lost his job. He was now a stay at home dad. The wife even tried given him vacancy tips and he felt so big for the jobs the wife got.
The opportunity to study abroad came from her work place. Her husband disapproved and would not agree to her going for the study. Some family members came to sort out this case and a lot of them opposed to her trip abroad. She suggested her husband goes with her but he refused saying he can’t be sweeping for anybody abroad.


Anyway, she went abroad, behaved well but ran into trouble where she stayed. The lady she stayed with told a bad story about her to the husband after chasing her out. She called her husband to explain what actually happened but he refused to see her point. He got married to someone else before her 2 yrs of study was up. And when the wife came back he just turned his back on her and forbade their only child from going to the mother.

WHAT A WOMAN CAN DO, A MAN CAN DO BETTER

Note: I do not believe that women are the best at no 1 to no 10. These are derived from the crowd mentality (lol)
You are free to add to the list and send your agreed, disagreed, strongly agreed, strongly disagreed feedback in a polite manner. As they say truth hurts (lol).
Posted by The Activist at 12:47 PM 12 comments:

The Mistake of Yesteryears (Part 2)

As the baby now man born out of incest wept, so were some of the individuals born from similar circumstance through a raped mother worst still gang raped mother that would rather keep quiet instead of exposing herself to further ridicule, an abusive father, a father that would shamelessly sleep with the daughter. The list is endless.
I need for us to rob minds together on this. I have heard from some quarters that this is not common in . Is it not common or is it hiding cos of family honour?
If you are a child born in this unusual circumstance, what would you do?
If you know someone that was born through siblings sleeping together, father impregnating the daughter, daughter in-law to father-in- law or son-in-law to mother-in-law, how would you treat such a person?
Your feedbacks are more than welcome.

The Mistake of Yesteryears 1 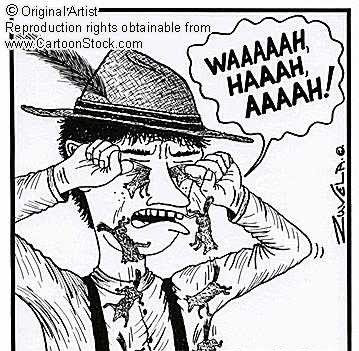 “It’s their mistake not mine. They made it but they made me out of it, now I am an object of ridicule, forced to take a fake identity, my life is worth nothing. I am still paying, paying dearly for their mistakes”.

This was an agony of a soul born out of incest committed by his own brother and mother. Don’t be confused. His family was a big extended polygamy setting. When his mother married to the family, her husband already had children of her own age and older. The husband was influential and has always had flit of concubines. No time to devote his attention on the young woman for a long time. She became lonely and sort friendship in one of the husband’s children of her own age. They became close and inseparable, one thing led to the other, they slept together and she conceived!!!

A child was born, fake identity given, fake father provided. Mother learnt out to handle or cope with her guilt,went back to her husband she once fled from and had another child for him.

The poor soul after discovering the truth 40 yrs later was shattered. To think that his father was his sibling’s father? To think that he’s being lied to for so long a time, to think that he is a product of some people terrible, fatal mistake. His life is ruined, he cried.(To be continued)

I wish to inform you all that I am now using my nickname “Standtall” instead of my full name Oluwatoyin Ajao-Dawodu. Just to let you know is still the same me. Fear not. (lol)
Posted by The Activist at 10:48 AM 4 comments:

Despite not feeling well yesterday, I had some fun with this “April Fool” stuff. How did we come about this April fool stuff sef? I need to check online to no more about it.

Anyway, I awoke with a start by because our ever ready security people cut a thief and I was running a fever. When I got over the shock of the theft noise, I made it to the toilet and I remembered this to be a good time to April fool my husband.


Our male cat Scofield had taken ill the previous day. We had to get the Vet to safe him. So, it was natural to run back to my husband on his sleeping bed and scream “LD, Scofield can’t move o, he has thrown up everywhere again”. Poor LD, he dashed off and ran to where Scofield was to see for himself. The cat just lied there, so he went further to examine the floor to see the vomit and at that point, I calmly told him April Fool…..
How he reacted? You like gist too much.

Our friend and flat mate too woke up to see me folded up in the living room. After I told her I was not feeling well, I dropped the bomb shell that Yar’adua our honourable president just resigned because he couldn't deal with so much corruption that plague our country and he felt he had failed US! My friend Seyi bought this story hook, line and sinker. She felt so sad about everything that she started providing alternatives that Yar’adua should have considered before taking the drastic step.

Well, I gently told her fool… she slapped my back before she remembered I wasn’t feeling well.April
I would have had much fun if I had made it to work to April fool my boss and others. Don’t worry she won’t sack me.
So, I have to wait one year to have a go at it again.
Posted by The Activist at 9:23 AM 3 comments:

Email ThisBlogThis!Share to TwitterShare to FacebookShare to Pinterest
Newer Posts Older Posts Home
Subscribe to: Posts (Atom)
My Passion, my focus, the change that I want to see in the world - is my propellent factor.