I apologise to you all for not bringing forth "Interview Thursday" this week. I may miss out on next week too and the reason for my extra-busy schedules will be known to you all in due course.
Though superbly busy but that will not deter me from paying a tribute to late Chief Gani Fawehimi a renown, die-hard human right lawyer and activist who passed on to the great beyond on the 5th of September, 2009 at the age of 71. I was going to do a post on his Punch interview that I read in 2007 before now where he talked about his family and his love for his mother but that has never being done. I may still go that lane one day. 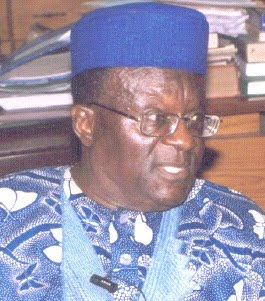 Gani Fawehinmi during his sojourn on this earth represented a different symbol to different people but the foremost in the minds of many is that of social crusader, human right activist and challenger of the military rules for which he was jailed so many times that one lost counts. When I heard of his battle with cancer last year and the news of his return from UK where he had gone for treamtent, I said to myslef that he is a fighter and he would be with us many years to come. But no, he departed so suddenly!

One thing that I took away from Gani's commitment to social justice was his passion. So great was that PASSION that it shone through in all he did. It was there all along when he kept digging into the death of Dele Giwa, it was there in all the cases he handled, it was there when he challenged the govenrment. It was always there, his unduanted PASSION!

His commitment, his interest in social justice all stood him out of the crowd, his ingenuity too! It was this commitment to social justice that led him to Obafemi Awolowo Univeristy in 1981 when a student: Bukola Arogundade was beheaded in Ife town by unknown assailants. The school had being thrown into pandemonium and his present reassured students of hope that they thought was lost. He then made a strong statement in which he made reference to a need to have a "MOVEMENT FOR SOCIAL JUSTICE" by the students. He sparked their brains and that gave birth to " Movement for Social Justice" a social-political movment which I later became a member of under which umbrella I served as political leaders and social crusader and activist in while I was in O.A.U.

Chief Gani Fawehinmi in his life time gave so many great ideologies to so many people. He will be greatly missed, he will forever be remembered. His name and deeds will never die. He will forever be mentioned and revered like the likes of Martin Luther King jnr, Rosa Park, Ghandi and Obafemi Awolowo.
Good night the great social crusader! Good night Chief Gani Fawehinmi (SAN).
For further reading:
Posted by The Activist at 10:16 AM

Indeed, Chief Gani Fawehinmi will be greatly missed. May his generous and gentle soul continually rest in PEACE! Amen.

A legal luminary and lawyer of no mean repute. He was indeed a collosus..And His legacy will live on forever..

thanks for sharing- i sure didnt know much about him. Good job!

It's so sad. May he RIP. Nice tribute, Standtall..

may his soul rest in perfect peace.

In death Gani suddenly has many 'friends',but how many of us truly supported him while he was alive,especially in the political direction?I agree with you:He was a great man.

yeah he is a man and he stood tall for the masses ,when he was alive,may his gentle soul rest in peace,first time here,just stopping by,cheers

Sorry to learn about the death of Chief Gani Fawehinmi.

If you admired him so, then I believe he was a truly good man, who did good in the world.

he definitely left his mark in this world